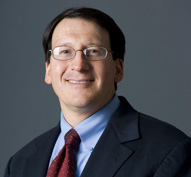 David A. Battaglia is a partner in the Los Angeles office of Gibson, Dunn & Crutcher LLP, having joined the firm from law school in 1987. A senior member of the firm’s Litigation Department, Battaglia has extensive and successful first-chair trial experience in business cases in federal and state courts, and in arbitration, with a principal focus on complex matters (see list below) – prevailing on behalf of both plaintiffs and defendants.

Mr. Battaglia was inducted into the elite International Academy of Trial Lawyers (IATL) in 2020. The IATL identifies and honors those who have achieved a career of high excellence through demonstrated skill and ability in jury trials, court trials and appellate practice, and is limited to 500 Fellows in the United States. He also has been inducted as a Fellow into the Litigation Counsel of America, and is a member of its Trial Law Institute and Diversity Law Institute. He is the Past President of the Board of Governors of the Association of Business Trial Lawyers (ABTL) in Los Angeles which has over 2,000 lawyers and jurists, and he has served on the Executive Committee of the Litigation Section of the Los Angeles County Bar Association. He has been named one of “America’s Top 100 Civil Defense Litigators,” the “Best Lawyers in America” and a “Super Lawyer” for many years. Battaglia also was elected as a member of the prestigious Chancery Club in Los Angeles as a distinguished lawyer active in professional, civic and philanthropic affairs.

Mr. Battaglia has substantial and diverse industry and subject matter experience. He has been the lead litigator in numerous corporate control contests and hostile takeovers, related securities litigation, and DOJ, SEC, and state government investigations. He successfully has tried and managed corporate governance and earn-out disputes, consumer mass and class actions, entertainment litigation, eminent domain matters, and other real estate and construction cases. The breadth of his practice also includes matters in the fields of energy and natural resources, public utilities, and defense contracting and infrastructure.

Mr. Battaglia has been admitted to practice in the U.S. Supreme Court; federal Courts of Appeal for the Fourth, Fifth, Ninth and D.C. Circuits; federal District Courts in California, the District of Columbia, New York, New Jersey, Florida, Tennessee, Texas, Virginia, and the Commonwealth of the Northern Mariana Islands; and all courts in the State of California and in Washington, D.C.

Mr. Battaglia is a graduate of Georgetown University with honors, and a double major in English and Government. He earned his law degree in 1987 at the University of California, Berkeley (then Boalt Hall) School of Law. Prior to joining Gibson Dunn, Battaglia worked for a member of Congress in Washington, D.C.

Mr. Battaglia has served on the Board of Directors of the Girl Scouts of Greater Los Angeles, which is committed to more than 40,000 girls and young women annually. He also served on the Board of Hathaway-Sycamores Child and Family Services, Inc., a non-profit organization dedicated to mental health which helps more than 8,000 children annually in the Los Angeles area. He and his wife Julie live in La Cañada Flintridge, California.

Representative Trials and Arbitrations and Injunctions

Firm News - February 26, 2020 | David Battaglia Inducted Into the International Academy of Trial Lawyers
Firm News - August 15, 2019 | Gibson Dunn Lawyers Recognized in the Best Lawyers in America® 2020
Client Alert - January 1, 2012 | Review Your Arbitration Provisions Now: Practical Considerations After the U.S. Supreme Court Decision in AT&T Mobility v. Concepcion
Client Alert - April 27, 2011 | U.S. Supreme Court Finds That Class Action Waivers in Arbitration Agreements Are Enforceable Under the Federal Arbitration Act
Client Alert - December 8, 2010 | The Fifth Amendment Can & Will Be Used Against You In a (Federal) Court of Law
Client Alert - August 18, 2010 | A Tax by Any Other Name: Constitutional Challenges to Revenue-Raising Measures
Client Alert - May 25, 2006 | Client Caution: Settlement Discussions and Documents May Not Be Protected from Future Discovery
Top
This website uses cookies to provide analytics on user traffic. By continuing to browse our website, you consent to our use of cookies as set forth in our Cookie Policy. However you may visit Cookie Settings to customize your consent.
Cookie SettingsACCEPT
Privacy & Cookies Policy