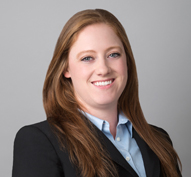 Christine Budasoff is an associate in the Washington, D.C. office of Gibson, Dunn & Crutcher.  She is a member of the firm’s Appellate and Constitutional Law, Administrative Law and Regulatory Practice, and Congressional Investigations practice groups.

Before joining the firm, Ms. Budasoff clerked for the Honorable David B. Sentelle of the United States Court of Appeals for the District of Columbia Circuit.

She received her undergraduate degree from Wake Forest University.  Between college and law school, Ms. Budasoff worked as a marketing and business development associate in the timberland investment management industry.