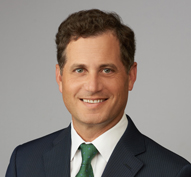 Mr. Burns graduated in 1995 from Columbia Law School, where he was a Harlan Fiske Stone Scholar and an Articles Editor of the Columbia Business Law Review.  He received his Bachelor of Arts degree in economics from Boston College in 1991.