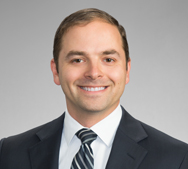 Prior to joining the firm, Matt was a law clerk to the Honorable William H. Pryor of the U.S. Court of Appeals for the Eleventh Circuit and the Honorable Mark S. Davis of the U.S. District Court for the Eastern District of Virginia. Matt graduated from Yale Law School in 2017 and the United States Military Academy in 2009. He is a former Army officer and served in Afghanistan.

Mr. Capoccia is a member of the Texas and Virginia bars.