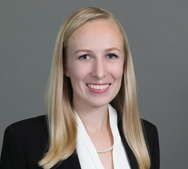 Real Estate Land Use and Development

Kendyl Clausen is an associate in the San Francisco office of Gibson, Dunn & Crutcher.  She is a member of the firm’s Real Estate Department.

Ms. Clausen is currently admitted to practice law in the State of California.