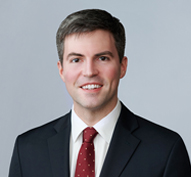 Douglas Colby is a litigation associate in the Washington, D.C. office of Gibson, Dunn & Crutcher.

Prior to joining Gibson Dunn, Mr. Colby clerked for the Honorable Jerry E. Smith of the U.S. Court of Appeals for the Fifth Circuit.

Prior to law school, Mr. Colby worked as a management consultant and also in nonprofit development.  He graduated with distinction from the University of Virginia with a Bachelor of Arts in History and Economics.

Mr. Colby is admitted to practice law in the District of Columbia.

University of Virginia - 2012 Bachelor of Arts