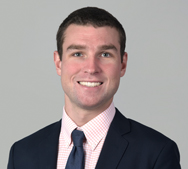 Chris Connelly is an associate in the Orange County office of Gibson, Dunn & Crutcher, where he currently practices in the firm’s Corporate Department.

Mr. Connelly is a member of the State Bar of California, and is admitted to practice before the United States District Court for the Central District of California.