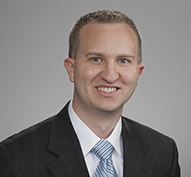 Nathan Curtis is an associate in the Dallas office of Gibson, Dunn & Crutcher. He practices in the firm’s Litigation Department in the Intellectual Property Practice Group. Prior to joining Gibson Dunn, Mr. Curtis served as a law clerk to the Honorable Timothy B. Dyk of the United States Court of Appeals for the Federal Circuit.

In addition, Mr. Curtis represents a disabled veteran before the U.S. Court of Appeals for Veterans Claims on a pro bono basis in a claim for service-connected disability benefits.

Mr. Curtis is admitted to the bars of the State of Texas and the United States Court of Appeals for the Federal Circuit. He is also admitted to practice before the U.S. Patent & Trademark Office.