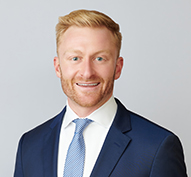 Hugh Danilack is a litigation associate in the Washington, D.C. office of Gibson, Dunn & Crutcher.

Mr. Danilack is a member of the bars of Maryland and the District of Columbia, and he is admitted to practice before the U.S. Courts of Appeals for the Fifth and D.C. Circuits.