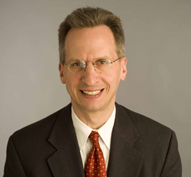 ​David Debold joined the Washington, D.C. office of Gibson, Dunn & Crutcher in 2003.  He practices in the Litigation Department, and is a member of the firm’s Appellate and Constitutional Law, Securities Litigation and White Collar Defense and Investigations Practice Groups.

Since joining the firm, Mr. Debold has represented numerous individuals and businesses in a wide variety of white collar, regulatory enforcement, and appellate matters.

Mr. Debold also has significant experience in advising companies on how to create or update their compliance programs to comply with requirements mandated by the United States Sentencing Commission and other authorities.  Mr. Debold was Special Counsel to the Sentencing Commission when the guidelines governing corporations took effect, and as Chair of the Commission’s Practitioners Advisory Group he has testified before the Commission on these and other issues related to the enforcement of federal criminal law.

Prior to joining the firm, Mr. Debold served as an Assistant United States Attorney in Detroit, Michigan, where he had a distinguished career in government service as a member of the office’s Criminal Trial and Appellate Divisions.  In his years as a trial lawyer for that office, he directed more than 100 grand jury investigations and brought to trial over a dozen felony cases, including a multi-million dollar construction loan fraud, a large-scale investment scam and the attempted murder of a federal agent.

Mr. Debold has lectured frequently at national conferences on criminal law and appellate issues.  He is chair of the United States Sentencing Commission’s Practitioners Advisory Group, which provides input from private practitioners on a variety of sentencing-related issues including proposed amendments to the Federal Sentencing Guidelines and legislative initiatives.  He is editor of the ABA’s two-volume treatise, “Practice Under the Federal Sentencing Guidelines,” a comprehensive sentencing resource.   He also has written numerous articles on developments in federal sentencing law at the Supreme Court level, as well as updates on Department of Justice policies in the investigation and prosecution of corporations and other organizations.  He has also been recognized by The Best Lawyers in America® 2022 publication in the categories of Securities Litigation and White-Collar Criminal Defense.