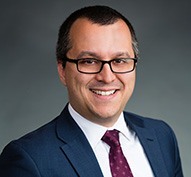 Delyan Dimitrov is of counsel in the New York office of Gibson, Dunn & Crutcher.

Mr. Dimitrov has played a lead role in a wide range of cross-border disputes.  He recently represented Chevron Corporation and Chevron USA, Inc. in their defeat of a petition to confirm an $18 billion sham Egyptian arbitration award.  Mr. Dimitrov also advised Pearl Petroleum in its U.S. enforcement of several multi-billion LCIA awards against the Kurdistan Regional Government, resulting in a successful global settlement.  Mr. Dimitrov also acted for Madden International in its licensing and distribution dispute with Lew Footwear regarding the sale of Steve Madden products in Australia and Ҫukurova Holding A.Ș. in its successful Second Circuit appeal and reversal of a S.D.N.Y. decision that had confirmed a $932 million arbitral award against Ҫukurova.  Mr. Dimitrov also represented Yukos Capital in enforcing four Russian arbitral awards that had been annulled at the seat of the arbitration, helping obtain an attachment order worth hundreds of millions of dollars in aid of enforcement.

Domestically, Mr. Dimitrov is representing Chevron Corporation in more than a dozen lawsuits filed against it and other energy companies by states, counties, and municipalities for alleged climate change-related damages.  Mr. Dimitrov has also represented RMBS trustees and activist investors in putback actions seeking the repurchase of mortgage loans securitized by certain RMBS sponsors.

Mr. Dimitrov is also a Lecturer-in-Law at Columbia Law School, where he teaches an advocacy course for all first-year students competing in international moot courts, including the Vis international arbitration moot, the Phillip Jessup international law moot, and the EU law moot.

Mr. Dimitrov’s pro bono efforts have include coordinating assistance to Holocaust survivors for payments under Germany’s ZRBG law, which provides for remuneration to those who worked in Nazi ghettos during their internment, and various immigration matters.

Prior to re-joining Gibson Dunn, Mr. Dimitrov was a senior associate at the litigation boutique Holwell Shuster & Goldberg LLP and an in-house counsel at Amherst Advisory & Management LLC.

Mr. Dimitrov is admitted to practice in the State of New York.