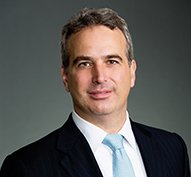 Ata Dinlenc is of counsel in the New York office of Gibson, Dunn & Crutcher and a member of Gibson Dunn’s Power and Renewables Group.  He is an experienced counselor to clients across a variety of transactional and commercial matters, with a focus on capital-intensive projects.

Mr. Dinlenc advises clients on acquisitions & divestitures, joint-ventures, tiered equity investments, energy tax credit monetization, commodity price hedging and offtake contracts, and other commercial contracts involving energy infrastructure projects and other closely-held companies.  He also advises borrowers and lenders, including both commercial banks and non-bank financial institutions such as private equity firms and other specialty lenders, in a range of financings, including project financings and mezzanine loans.  Mr. Dinlenc has been recommended by Legal 500 (2013) for his experience in the project finance area.

Mr. Dinlenc applies his decades of experience and industry knowledge to a range of M&A, financing and commercial issues facing clients to facilitate innovative structuring on complex transactions.

Mr. Dinlenc has been a panel moderator at numerous energy-sector conferences and is the author of “Financing Renewable Energy Projects: An Inflection Point?,” Infrastructure Journal, January 6, 2009.

Mr. Dinlenc received his Juris Doctor in 1997 from Fordham University School of Law, where he was a Notes & Articles Editor on the Intellectual Property, Media & Entertainment Law Journal.  He earned his  Bachelor of Arts in International Studies (with a concentration in Economics) from Johns Hopkins University in 1993.