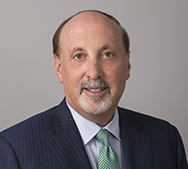 Mark D. Director is a partner in the Washington, D.C. and New York offices of Gibson, Dunn & Crutcher.  He is a member of the firm’s Mergers and Acquisitions, Private Equity, and Securities Regulation and Corporate Governance Practice Groups.

Mr. Director has an extensive practice advising public companies and private equity sponsors and their portfolio companies in mergers and acquisitions, leveraged buyouts, spin-offs, minority investments, joint ventures and other corporate transactions.  He has handled hundreds of complex business transactions and advised clients on numerous high-stakes business challenges both in private practice and previously as a public company general counsel and senior executive.  He regularly counsels boards of directors and senior corporate executives on disclosure, compliance, securities reporting, governance and risk management issues.  Clients describe Mr. Director as “a level-headed thinker who gets right to the point and provides practical advice based on a wealth of knowledge” and praise his “outstanding customer service.”

Mr. Director has been selected by Chambers USA as a top-ranked M&A and private equity lawyer since 2009 and is recognized by his clients as “an extraordinary business lawyer with great judgment.”  He is currently ranked in the top tier by Chambers USA 2022  for Corporate/M&A and Private Equity.  He also is ranked by Chambers Global as a leading attorney in Corporate/M&A. He has been honored by The Legal 500 for Mergers & Acquisitions since 2007.  He has been recognized by Who’s Who Legal for M&A and Governance since 2014, and he has been named a “Washington D.C. Super Lawyer” for Mergers & Acquisitions by Super Lawyers magazine since 2012.  He also has been recognized by Euromoney and listed in Expert Guides for Banking, Finance, and Transactional Law.

Prior to joining Gibson Dunn, Mr. Director was a partner with Kirkland & Ellis.  Before that he served as Executive Vice President and General Counsel of publicly traded US Office Products Co. and of a private-equity-backed telecommunications company.

Mr. Director is a long-time member of the Society for Corporate Governance.  He currently serves as the President of Washington Hebrew Congregation and is a past chairman and long-time board member of Everybody Wins! DC, a children’s literacy organization..