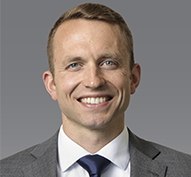 Joseph Edmonds is an associate in the Orange County office of Gibson, Dunn & Crutcher where he is a member of the firm’s Litigation Practice Group.  Mr. Edmonds’ practice focuses on complex litigation at both the trial and appellate levels, with a special emphasis on mass torts, environmental litigation, product liability, and transnational litigation. Representative matters include:

Prior to joining the firm, Mr. Edmonds served as a law clerk to Judge Andrew J. Kleinfeld on the United States Court of Appeals for the Ninth Circuit.

Mr. Edmonds is a member of the California and Washington bars, and is admitted to practice before the Fifth and Ninth Circuits.