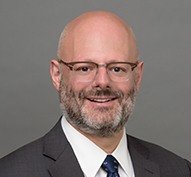 Mr. Evall primarily litigates cases that involve complex science and technology, including patent lawsuits, product liability actions, and commercial disputes, with an emphasis on pharmaceutical, biotech, and chemical patent litigation.   Mr. Evall has led successful courtroom challenges to “junk science,” with his examination and cross-examination of expert witnesses resulting in significant client victories.  In 2016, litigation on which he was co-lead counsel was recognized by LMG as the most significant Hatch-Waxman case of the year. In 2017, he received a “Research In Action” Award from Treatment Action Group, a research and policy think tank in New York, for his work defeating an “HIV denialism” lawsuit. Mr. Evall’s training in science included laboratory research in physical chemistry and DNA technology; one article on self-assembled monolayers (J. Am. Chem. Soc., 111, 321 (1989)) was featured in the 125th anniversary issue of the Journal of the American Chemical Society as the 50th most cited paper to date.

Mr. Evall works closely with organizations that promote diversity in the legal profession.  He is a member of the Board of the Lesbian and Gay Lawyers of New York Foundation, and was previously on the board of a non-profit organization that provides housing and social services to LGBT youth, and another that combats violence against LGBT people.  Mr. Evall has been honored for his work on diversity and inclusion, including a 2010 award by the LGBT Rights Committee of the Association of the Bar of the City of New York.  He leads the Diversity Committee of Gibson Dunn’s New York office.

Mr. Evall is admitted to practice in New York.

Many of Mr. Evall’s cases involve complex commercial disputes relating to joint venture agreements, joint development agreements, patent licenses, and other contractual rights.   He defended telecommunications companies against a putative class action challenging their management of nationwide cellular markets, and against an Article 78 claim challenging a large service contract.  He was a member of the team representing the co-owners of the largest oil refinery in Germany in an eight-week trial before the International Chamber of Commerce.

Mr. Evall leads a team of attorneys representing dozens of LGBT persons seeking asylum in the United States, and supervises all of the office’s matters involving name-change applications brought by transgender people. He is leading a team challenging New York’s regulations permitting familial DNA searching of the State’s DNA databank. He recently represented a Muslim inmate in a religious freedom challenge to accommodations provided during Ramadan. In a case involving “HIV denialism,” Mr. Evall obtained summary judgment dismissing defamation claims brought by a journalist against his client, a well-known AIDS policy expert, a ruling unanimously affirmed on appeal. Farber v. Jefferys, 941 N.Y.S.2d 537 (N.Y.Sup. 2011), aff’d, 103 A.D.2d 514 (1st Dept. 2013).  Mr. Evall has obtained the dismissal of libel claims brought against a non-profit LGBT services organization, and another victory on behalf of that client that vindicated the right to provide rape crisis services in New York State without fear of suit.

* Representations occurred prior to attorney’s affiliation with Gibson Dunn.