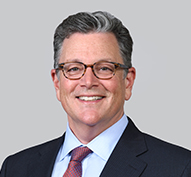 Michael M. Farhang is a former federal prosecutor and a partner in the Los Angeles office of Gibson, Dunn & Crutcher.  He is a Chambers-ranked attorney and practices in the White Collar Defense and Investigations and Securities Litigation Practice Groups.  Mr. Farhang is an experienced litigator and trial attorney who has earned more than $40 million in recoveries for corporate clients pursuing fraud, contract, and M&A-related claims.  He specializes in the defense of companies, directors, and executives in DOJ and SEC investigations and in shareholder class actions, derivative suits and other commercial litigation.  Mr. Farhang has tried more than 25 cases in government and private practice.

Chambers describes Mr. Farhang as ‘fantastic and very strong’ in his representation of clients. Chambers Latin America has described him as “a go-to figure for international operations compliance.  In 2015, the Los Angeles Business Journal named him to their ‘Most Influential Lawyers: White Collar and Cyber Crime’ list, which recognizes 27 ‘stellar attorneys in Los Angeles.’  Mr. Farhang has repeatedly been recognized as a leading litigator by The Best Lawyers in America® and  also received recognition for his “high caliber work in Criminal Defense: White Collar”.  He has been named as a California “Litigation Star” by Benchmark Litigation, who in the past, has also recognized him as a “Future Litigation Star.”  He was also named a ‘Best Lawyer’ in the field of Criminal Defense in Corporate Counsel magazine.  Mr. Farhang is a frequent speaker and published author on a variety of white collar and securities litigation issues and regularly presents on these topics at national conferences and through webcasts.  Mr. Farhang also speaks Spanish.

Mr. Farhang has a diverse litigation practice. In the civil litigation area, Mr. Farhang’s practice includes commercial, securities and M&A-related litigation, and he has specific subspecialties in post-M&A fraud claims and shareholder derivative and class action litigation. Mr. Farhang has handled the defense of Delaware-law fiduciary duty claims in Delaware’s Court of Chancery and California state and federal court. He has a track record of securing significant recoveries for M&A buy-side clients who believe they have been defrauded by sellers and has won recoveries exceeding $40 million, in one case achieving a multimillion-dollar settlement shortly after filing the complaint for fraud and in another winning a significant arbitration award after a victory at trial.  His other civil litigation experience includes commercial disputes involving claims of common law and federal and state securities fraud, breach of fiduciary duty, trade secrets, unfair trade practices, and breach of contract

Some of Mr. Farhang’s representative civil and white collar criminal engagements include the following:

From 1999 to 2003, Mr. Farhang served as an Assistant United States Attorney with the U.S. Attorney’s Office for the Central District of California, where he specialized in white collar fraud prosecutions (including securities, mail, wire, and tax fraud) in the Major Fraud section, and handled numerous investigations, trials, evidentiary hearings, and Ninth Circuit appellate matters.  Mr. Farhang was a recipient of the U.S. Department of Justice’s Special Achievement Award and served in Iraq on behalf of the Department in 2003 as part of a 13-member legal team (consisting of federal judges, prosecutors, and public defenders) working with the Coalition Provisional Authority on reconstruction of the Iraqi judicial system.

Mr. Farhang is ranked “Band 3” by Chambers Global 2016 and Chambers Latin America Fraud and Corporate Investigations 2016 for his expertise advising on FCPA matters and compliance issues in Latin America.  In 2015, Mr. Farhang was again named a Southern California Super Lawyer in the field of white collar criminal defense.  He was profiled in Latin Lawyer‘s 2013 Anti-Corruption Survey for his experience handling FCPA matters in Latin America.  In 2004, he received the U.S. Department of Justice’s U.S. Assistant Attorney General’s Award for Furthering U.S. Interests Overseas (presented by then-Assistant Attorney General Christopher Wray) and was awarded the Burton Award for Distinguished Legal Writing at the U.S. Library of Congress in Washington, D.C. in 2012.

Mr. Farhang is a Lecturer in Law at USC Gould School of Law, where he has co-taught a course on federal criminal law issues.  He also is a past member of the California State Bar’s Federal Courts Committee and the Executive Committee of the Los Angeles County Bar Association’s Litigation Section.  Mr. Farhang also serves on the board of directors of the Children’s Law Center, a nonprofit child advocacy organization that represents all of the nearly 33,000 children in Los Angeles and Sacramento Counties who come under the jurisdiction of juvenile dependency courts.  At Gibson Dunn, Mr. Farhang is a member of the firm’s Associate Compensation Committee.