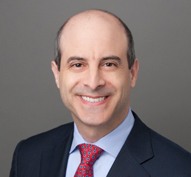 Benjamin Hershkowitz is a partner in the New York office of Gibson, Dunn & Crutcher where he is a member of both Gibson Dunn’s Intellectual Property Practice and Technology Transactions Practice.  Mr. Hershkowitz serves on the Firm’s Technology committee and Associate Compensation committee.

Mr. Hershkowitz has regularly served as lead trial counsel in district courts around the country as well as before the United States International Trade Commission and in arbitrations.  His work has garnered him recognition by Chambers USA: America’s Leading Lawyers for Business in the area of Intellectual Property:  Patent, noting that he is “the full package,” being both “incredibly savvy with tech and an incredibly savvy trial lawyer,” and having “every skill set you could want and need for running a patent litigation.”  He has also been recognized by IAM Patent 1000, which describes him as “adept at weaving stories around complex technical issues,” and “very smart, hardworking, technically astute, thorough and good on his feet; he is the complete package and someone you can trust.”  Managing IP named him a national IP Patent Star.  He was also listed as one of the top five Best Performing attorneys in the country in Patexia’s inaugural Top Patent Litigation Attorneys.  BTI Consulting named Mr. Hershkowitz to its Client Service All-Stars list which recognizes those “delivering the absolute best client service.”

Mr. Hershkowitz is a frequent author and speaker and served for five years as the Editor-in-Chief of Patent Strategy & Management, an Incisive Media newsletter.  His articles and presentations have covered topics including patent damages, selecting and working with expert witnesses, the intersection of patents, antitrust and standards-setting organizations, as well as trade secrets, the licensing of intellectual property, collaborative research agreements, computer software and business method patents, patent standardization and patent pooling arrangements, and prior art searching.  He has presented in front of organizations including the ABA, NYIPLA, LSI, ACCA, Computer Law Association, PLI and IPIC.  Mr. Hershkowitz is a former Chair of the Committee on Internet Law for the NYIPLA and participated in the Hon. William C. Conner Inn of Court.

Mr. Hershkowitz interned in the chambers of both a Federal District Judge in the District of New Jersey and a Federal Magistrate Judge in the Eastern District of New York.  Mr. Hershkowitz graduated from Rutgers University, College of Engineering (with highest honors) and New York University, School of Law, where he helped launch the Environmental Law Journal and served as its first Science Editor.  He is also registered to practice before the United States Patent & Trademark Office.