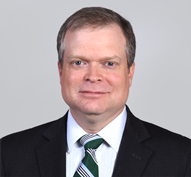 Matt Hoffman is a partner in the Los Angeles office of Gibson, Dunn & Crutcher. He practices in the firm’s Litigation Department and is a member of its Insurance and Reinsurance, Labor and Employment, Environmental Litigation and Mass Tort, and Class Actions Practice Groups.

Mr. Hoffman specializes in civil trials in both federal and state courts, with a principal focus on complex insurance and reinsurance disputes.  He has represented some of the world’s leading insurance companies in a wide variety of coverage litigation, and is currently acting as national coordinating counsel for a national insurer involving sexual abuse coverage claims.

Mr. Hoffman has tried numerous civil jury and non-jury cases to successful conclusions in California and throughout the country, and has arbitrated disputes before the London Court of International Arbitration, the CPR Institute for Dispute Resolution, and the American Arbitration Association.

Other Representative Trials and Litigation

Prior to attending law school, Mr. Hoffman served as a U.S. Naval Intelligence Officer, with tours at the Pentagon (1998-2000), Miramar (1996-1998) and Rota, Spain (1995).  During his service, Mr. Hoffman participated in Operation Southern Watch in the Arabian Gulf aboard the U.S.S. Constellation, conducted counter-narcotics operations in the Caribbean, and trained at the Naval Strike and Air Warfare Center (“Top Gun”).  Mr. Hoffman received both the Navy Commendation Medal and the Navy Achievement Medal and completed his Navy service in March 2005 at the rank of Lieutenant Commander.

Mr. Hoffman is a Fellow of the Litigation Counsel of America, a trial lawyer honorary society, and the Complex Commercial Litigation Institute.  He also is a member of the Association of Business Trial Lawyers and Veterans Bar Association.