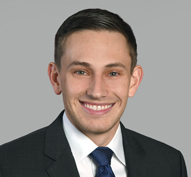 Andrew Kasabian is an associate in the Los Angeles office of Gibson, Dunn & Crutcher, where his practice focuses on complex commercial litigation at the trial and appellate levels.  He is a member of the firm’s Litigation, Class Actions, Appellate and Constitutional Law practice groups.

Mr. Kasabian represents clients in a wide range of litigation in federal and state courts.  He has represented clients in breach-of-contract, employment, and consumer class actions, as well as other commercial and business disputes.  Mr. Kasabian has worked with clients in a variety of industries, including technology, sports and entertainment, “gig economy,” real estate, consumer products, and retail.

Mr. Kasabian is admitted to practice in California and before the United States Court of Appeals for the Ninth Circuit.