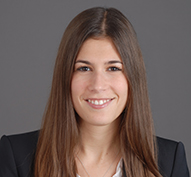 Deena Klaber is of counsel in the San Francisco office of Gibson, Dunn & Crutcher.  She practices in the firm’s Litigation Department, where she focuses on environmental and mass tort litigation, complex civil/business litigation, and administrative and regulatory law.  She represents clients across numerous industries and has significant experience in the energy and health care sectors.  Ms. Klaber is a member of the firm’s Ethics Committee, and she served on the firm’s Hiring Committee from 2015 to 2022.

Ms. Klaber has litigated a broad range of matters in state and federal courts throughout California and across the country.

In addition, Ms. Klaber completed a secondment with a large Silicon Valley technology company, managing its domestic and EMEA litigation matters and providing litigation-based product counseling.  Ms. Klaber actively provides pro bono legal services to indigent clients, including representing asylum-seekers in affirmative and defensive applications for political asylum.  She has successfully obtained asylum for several clients from all over the world and negotiated a complex plea bargain with federal prosecutors on behalf of a criminal defendant in a parole violation case.