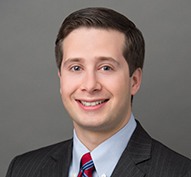 Mr. Kusnetz has been recognized as “One to Watch” in Commercial Litigation and in Entertainment and Sports Law by The Best Lawyers in America®.  Super Lawyers has named Mr. Kusnetz a “Rising Star” in Securities Litigation.

Mr. Kusnetz also maintains an active pro bono practice.  He is currently prosecuting a federal civil rights action as lead-counsel for a former prison inmate, in which he successfully convinced the court to revive his client’s constitutional claims.  Mr. Kusnetz also secured a significant settlement for a former ICE detainee in a Federal Tort Claims Act action arising from an assault by an ICE officer.

From 2015 to 2016, Mr. Kusnetz served as a law clerk to the Honorable Richard M. Berman in the United States District Court for the Southern District of New York.

Mr. Kusnetz earned his Juris Doctor in 2014 from Columbia Law School, where he was a Harlan Fiske Stone Scholar and a Notes Editor on the Columbia Journal of Law and Social Problems.  While in law school, Mr. Kusnetz served as a judicial extern to then-Chief Judge Dennis Jacobs of the U.S. Court of Appeals for the Second Circuit, an extern in the Criminal Division of the U.S. Attorney’s Office for the Southern District of New York, and an intern in the Superior Court Trial Division of the Westchester County District Attorney’s Office.

Prior to attending law school, he was an analyst in a strategic communications consulting firm, advising political candidates, government agencies, and major corporations.

Mr. Kusnetz is admitted to practice law in the State of New York, and before the United States District Courts for the Southern and Eastern Districts of New York.  Mr. Kusnetz is also the Chair of the Colgate Lawyers Association.