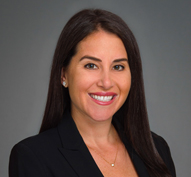 Katherine Marquart is a partner in Gibson Dunn’s New York office and is the Firm’s Pro Bono Chair.  In this role, Ms. Marquart manages and coordinates the Firm’s pro bono efforts globally.  She also maintains a substantive practice in many areas of public interest law.  Ms. Marquart previously spent seven years as a litigation associate at the Firm, where her practice focused on complex business litigation, transnational litigation, and internal investigations and regulatory inquiries.

Since taking the helm of Gibson Dunn’s pro bono practice in 2013, Ms. Marquart has played an integral role in many of the Firm’s most significant pro bono engagements.  In addition to personally representing clients in a variety of litigation matters—including lawsuits focused on civil rights, immigration, and the First Amendment—Ms. Marquart has spearheaded the Firm’s efforts to promote equality and justice in response to some of the most pressing issues of the day.  In this role, she liaises with corporate clients and nonprofit community partners to collaborate on pro bono matters, including facilitating and overseeing numerous partnerships in the areas of criminal justice, racial justice and immigration, among other sectors of public interest law.

In 2010, Ms. Marquart was honored with Gibson Dunn’s Frank Wheat Award for her pro bono work on behalf of children with autism living in the East Los Angeles area.  In that matter, she spearheaded a class action lawsuit that resulted in over 2,000 children diagnosed with autism getting their state-funded treatment programs reinstated on a permanent and ongoing basis, after those services had been wrongfully terminated.  Ms. Marquart also received Public Counsel Law Center’s Volunteer of the Year Award in connection with the same case.

Ms. Marquart is admitted to practice in the District of Columbia and the States of California and New York.