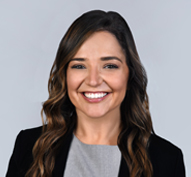 Amina Mousa is an associate in Gibson, Dunn & Crutcher’s Orange County office. She currently practices in the firm’s Litigation Department. Her practice focuses on labor and employment litigation and compliance counseling.

Ms. Mousa has litigated a wide range of labor and employment matters, including defending employers in harassment, discrimination, retaliation, wrongful termination, and wage-and-hour claims in federal and state courts, as well as in administrative proceedings and arbitration. She also advises employers on compliance with state and federal laws in these areas.

Ms. Mousa received her Juris Doctor degree magna cum laude in 2017 from the University of San Diego School of Law, where she served as the Articles Research Editor on the San Diego Law Review Board and was elected to the Order of the Coif. While in law school, Ms. Mousa was a Research Assistant to Professor Miranda Fleischer. She also served as an Academic Success Fellow for contracts and criminal law classes, providing teaching assistance and facilitating study groups for first-year students. Ms. Mousa was a Certified Legal Intern for the University of San Diego’s civil clinic, where she earned high honors. She also interned with the Department of Justice, Office of the Attorney General.

In 2011, Ms. Mousa graduated from California State University at Long Beach with a Bachelor of Arts degree in Psychology.