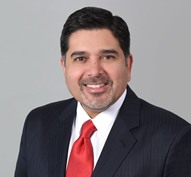 Mr. Nanda was recognized as a leading practitioner in Legal 500 (2010-2011) and was previously selected for inclusion in the 2007 Southern California Super Lawyers – Rising Stars® list.  In June 2010, Diversity MBA Magazine named Mr. Nanda to its list of “Top 100 under 50 Diverse Executive & Emerging Leaders.”