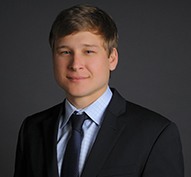 Daniel Nowicki is a senior associate in the Los Angeles office of Gibson, Dunn & Crutcher, and practices in the firm’s Litigation Department.  He represents clients across a variety of industries in high-stakes trial and appellate matters, and has secured victories for his clients before all levels of the federal court system—from district courts to the Supreme Court—and in numerous state courts.  He also served as an Assistant United States Attorney for the Central District of California, where he was lead trial counsel on various criminal matters.

Mr. Nowicki was recognized by 2023 edition of The Best Lawyers in America© as “Ones to Watch” for Criminal Defense: White-Collar.

Before joining the firm, Mr. Nowicki clerked for the Honorable Diarmuid F. O’Scannlain of the United States Court of Appeals for the Ninth Circuit in Portland, Oregon.

Mr. Nowicki graduated magna cum laude from New York University School of Law in 2014 and was elected to membership in Order of the Coif. During law school, he was a Butler, Pomeroy, and Furman Scholar, and a Judge John J. Galgay fellow in Bankruptcy and Reorganization Law.  He interned during law school for the Honorable Judge John. G. Koeltl of the United States District Court for the Southern District of New York, and for the Honorable Judge Sean H. Lane of the United States Bankruptcy Court for the Southern District of New York.  He earned a Bachelor of Arts, with high honors, from the University of California, Berkeley in 2010, where he was Battalion Commanding Officer of the Navy Reserve Officer Training Corps Battalion.

Mr. Nowicki is admitted to practice law in the State of California.