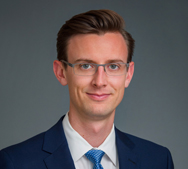 Josh Obear is a litigation associate in the New York office of Gibson, Dunn & Crutcher.  He is a member of the Firm’s Antitrust and Competition and Litigation Practice Groups.

Mr. Obear maintains an active pro bono practice in both immigration law and First Amendment law, including litigation under the Administrative Procedure Act challenging certain asylum and immigration restrictions.  He also represents individual clients in asylum proceedings, removal proceedings, and in litigation against the federal government in connection with the 2018 family separation crisis.

Mr. Obear is admitted to practice in the State of New York.