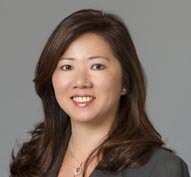 Patricia Tan Openshaw, a Registered Foreign Lawyer (New York) in Hong Kong and a partner of Gibson, Dunn & Crutcher LLP, is a member of the firm’s Energy & Infrastructure, Global Finance, Mergers & Acquisitions and Capital Markets Practice Groups.  Ms. Openshaw focuses her practice on project development and finance, mergers and acquisitions, and banking and finance transactions in the energy and infrastructure sector.

Ms. Openshaw is regularly recognized as a leading lawyer by Chambers Asia Pacific, Chambers Global, Euromoney, Asia Pacific Legal 500, Asialaw Leading Lawyers and IFLR1000. She is ranked by IFLR1000 in Banking, Capital Markets: Equity, Energy and Infrastructure, M&A, Project Development and Restructuring and Insolvency. Chambers Asia Pacific and Chambers Global recognize Ms. Openshaw as a leading lawyer for Projects and Infrastructure in China and as the top-ranking Band 1 lawyer for Projects, Energy & Infrastructure in the Philippines. She has also been named among the “World’s Leading Experts in Energy and Environment Law.” the “World’s Leading Experts in Banking, Finance and Transactional Law” and the “World’s Leading Women in Business Law” for Project Finance and Energy and Natural Resources by Expert Guides. Euromoney Legal Media Group has named Ms. Openshaw the “Best Lawyer” in the Energy and Natural Resources category of the 2016 Asia Women in Business Law Awards.

She is fluent in Fukien and Tagalog and has a working knowledge of Mandarin and Spanish.