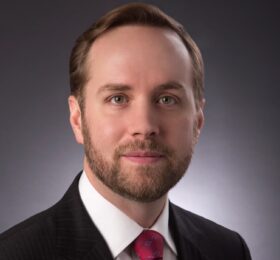 Bryan Parr is of counsel in the Washington, D.C. office of Gibson, Dunn & Crutcher and a member of the White Collar Defense and Investigations, Anti-Corruption & FCPA, and Litigation Practice Groups.

Mr. Parr’s practice focuses on white-collar defense and regulatory compliance matters around the world.  Mr. Parr has extensive expertise in government and corporate investigations, including those involving the the Foreign Corrupt Practices Act (FCPA) and anticorruption.  He has defended a range of companies and individuals in U.S. Department of Justice (DOJ), SEC, and CFTC enforcement actions, as well as in litigation in federal courts and in commercial arbitrations.  In his FCPA practice, Mr. Parr regularly guides companies on creating and implementing effective compliance programs, successfully navigating compliance monitorships, and conducting appropriate M&A-related FCPA diligence and integration.

Mr. Parr is recognized as a leading corporate crime and investigations lawyer by Chambers & Partners Latin America for his significant activity and experience in the region.  He is proficient in Portuguese, French, and Spanish, and works professionally in all three languages.

Mr. Parr represents and counsels clients in matters across a number of industries, including technology, life sciences, mining and extractive, petrochemical, and aerospace and defense industries.