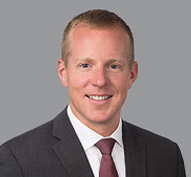 Michael J. Perry is a partner in the Washington, D.C. office of Gibson Dunn & Crutcher, LLP and a member of the firm’s Antitrust and Competition Practice Group.

Mr. Perry represents clients in merger and non-merger related investigations before the U.S. Federal Trade Commission and the U.S. Department of Justice, and complex private and government antitrust litigation.  His practice spans a variety of industries, including healthcare and life sciences, energy, and technology, and he is experienced in issues at the intersection of antitrust and intellectual property law. Mr. Perry has been named a leading antitrust practitioner by Chambers USA, The Legal 500, Global Competition Review,  Law360 and Who’s Who Legal , described by Chambers as a “terrific lawyer who can translate complicated items into laymen’s terms.”

Mr. Perry previously served as Counsel to the Director of the Federal Trade Commission’s Bureau of Competition from 2015 to 2016 and as an attorney in the agency’s healthcare division.  During his tenure at the FTC, Mr. Perry played an integral role in many of the agency’s most significant antitrust enforcement actions, including FTC v. Actavis FTC v. Cephalon, FTC v. Sysco, and FTC v. St. Luke’s Health System.

Mr. Perry currently serves in the leadership of the Antitrust section of the American Bar Association as Senior Editor of the Antitrust Law Journal.  Before joining Gibson Dunn, Mr. Perry was an antitrust partner at an international law firm.  He clerked for the Honorable Allyne R. Ross of the United States District Court for the Eastern District of New York, and the Honorable Michael A. Chagares of the United States Court of Appeals for the Third Circuit.  Mr. Perry received his law degree, with distinction, from Stanford University.  He earned a Bachelor of Arts degree summa cum laude from Wake Forest University.

Representative publications and speaking engagements include: