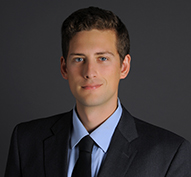 Matthew Reagan is an associate in the San Francisco office of Gibson, Dunn & Crutcher, where he practices in the firm’s Litigation Department.  He focuses on appellate litigation, entertainment and technology disputes, and intellectual property litigation.

Mr. Reagan previously clerked for the Honorable Eric D. Miller of the United States Court of Appeals for the Ninth Circuit.

In 2016, Mr. Reagan earned his law degree, Order of the Coif, from the University of California, Berkeley School of Law, where he served as the director of the McBaine Honors Moot Court Competition, an editor for the Berkeley Technology Law Journal, and a judicial extern for the Honorable Jon S. Tigar of the United States District Court for the Northern District of California.  He received the top grade in seven of his law school classes.

Mr. Reagan earned his undergraduate degree from the University of Southern California.  Before law school, he worked for a prominent technology company in San Francisco and interned for several major record labels in Los Angeles.