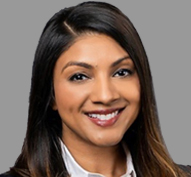 Angela Reid is a litigation associate in the Los Angeles office of Gibson, Dunn & Crutcher. Her practice focuses on complex commercial and labor and employment litigation. She has briefed cases in federal and state courts and is actively involved in the firm’s pro bono efforts.

Ms. Reid earned her Juris Doctor from the University of California School of Law, and received her undergraduate degree from the University of California Berkeley.  Before attending law school, Ms. Reid oversaw business development for a group of corporations in the fields of activated carbon, industrial tires and third party logistics.  Ms. Reid also served as an extern for the Honorable Deborah Saltzman of the United States Bankruptcy Court for the Central District of California.