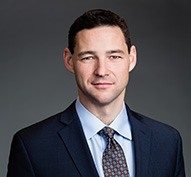 Brian A. Rosenthal is a partner in the New York office of Gibson, Dunn & Crutcher.  He is a member of the Intellectual Property Practice.

Mr. Rosenthal is a trial lawyer with particular emphasis on patent litigation.  His patent litigation practice has spanned a wide range of technologies, with a concentration on computer software, electronics and medical devices.

Mr. Rosenthal has litigated over 90 patent cases, most as lead counsel, handling all aspects of litigation from complaint to trial and appeal.  He has led—and won—several jury trials and conducted many Markman and summary judgment hearings.  Mr. Rosenthal has also argued several patent cases to the Court of Appeals for the Federal Circuit.  Brian has represented such companies as AT&T, Dell EMC, SharkNinja, Daimler, Sprint, Rubrik, Philips Electronics, Google, Gemalto, Nespresso, Acushnet, Elekta, NXP Semiconductors, ARM, Eurocopter and MicroStrategy.

Mr. Rosenthal was the exclusive recipient of the 2019 Client Choice award for Patents in New York, an award determined solely by client input.  In nominating him for the award, clients described him as an “outstanding lawyer” who is “business minded” and “strategic,” and one who is “extremely knowledgeable and thinks quickly on his feet.”  Others noted that “Brian is an effective communicator; he explains complex issues, both technical and legal, in a way that is easy to understand yet comprehensive.”  Earlier in his career, he was profiled as one of Law360’s 2014 Rising Stars: Top Attorneys Under 40 in the Intellectual Property category.  He was selected as a “Super Lawyer” from 2016-2020, and as a “Rising Star” from 2013-2015.  In addition, he was recently ranked by IAM Patent 1000 as a leading litigation lawyer, and named an “IP Star” by Managing Intellectual Property magazine.

Before joining Gibson Dunn, Mr. Rosenthal was a partner in the New York and Washington DC offices of Mayer Brown.