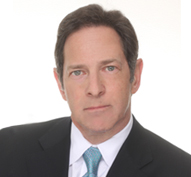 Michael A. Rosenthal is a partner in the New York and Texas offices of Gibson, Dunn & Crutcher.  He was previously Co-Chair of Gibson Dunn’s Business Restructuring and Reorganization Practice Group for over 30 years.  Mr. Rosenthal has extensive experience in reorganizing distressed businesses and related corporate reorganization and debt restructuring matters.  He has represented complex, financially distressed companies, both in out-of-court restructurings and in pre-packaged, pre-negotiated and freefall chapter 11 cases, acquirors of distressed assets and investors in distressed businesses.  Mr. Rosenthal’s representations have spanned a variety of business sectors, including investment banking, private equity, energy, retail, shipping, manufacturing, real estate, engineering, construction, medical, airlines, media, telecommunications and banking.  He has been recognized for his ability to build consensus, to mediate disputes, and to bring practical results to complicated business situations.

During the recent financial and credit crisis, Mr. Rosenthal has been active in representing and providing advice to entities regarding their rights and exposure related to difficulties in the financial services sector, including issues related to loan restructurings, spin-offs, derivative products, securitizations and customer account issues.  Among others, he has represented Dexia, in the resolution of its investment in Financial Security Assurance, its U.S. insurance subsidiary, PricewaterhouseCoopers (Zurich) as liquidator of Lehman Brothers Finance, S.A., the Swiss entity that managed Lehman’s non-US derivatives business, the Lehman Brothers Private Equity Funds and various other large, public companies involved in the global restructuring of Lehman and its affiliates.  In the aftermath of the financial crisis, Mr. Rosenthal played an important role in providing input and advice regarding proposed U.S. financial regulatory reform legislation—recently enacted as the Dodd-Frank Financial Reform Regulatory Act— including testifying before the House Judiciary Committee on issues related to the new Orderly Liquidation Authority enacted to facilitate the efficient resolution of systemically significant financial companies.

In addition to debtors, acquirors and investors, Mr. Rosenthal has represented creditors’ committees, secured and unsecured creditors, bondholders and trustees.  He also has substantial experience in advising private equity firms and others on distressed and fulcrum security investing strategies.  In this regard, Mr. Rosenthal is frequently consulted to analyze the capital structure of companies and to advise on first lien/second liens issues and the strengths, weaknesses and relative priorities of outstanding bond and/or equity security issues.

Mr. Rosenthal is one of the country’s leading lawyers on restructuring issues related to companies with asbestos and other mass tort liability.  He has advised the trustees of some of the largest section 524(g) asbestos settlement trusts, companies seeking to resolve their asbestos exposure and entities seeking to acquire or invest in companies that have such exposure.

Mr. Rosenthal has lectured and published at the national and local levels on matters involving bankruptcy and creditors’ rights.  He has also lectured at the Mealey’s Asbestos Conference on asbestos-related restructuring issues and published an article for such conference entitled “Adversary Proceedings in Asbestos Bankruptcies:  A Procedural and Substantive Primer.”  He is co-author of “The Impact of Post-Petition Events on Preference Liability,” published in the February 2005 issue of ABI Journal, an American Bankruptcy Institute publication, and “The Intersection of Sovereign Immunity and Bankruptcy Jurisdiction,” published in the materials for the conference entitled “10th Annual Rocky Mountain Bankruptcy Conference:  Educational Materials,” American Bankruptcy Institute, February 10–12, 2005.  He has also published and written extensively on directors’ fiduciary obligations in the context of distressed businesses.  Mr. Rosenthal is consistently ranked as one of the best bankruptcy lawyers in the United States.  He has been ranked in Chambers USA:  America’s Leading Lawyers for Business, Who’s Who Legal, The Daily Deal, The Legal 500, The Best Lawyers in America® and Texas, New York Super Lawyers and Legal Media Group’s Expert Guides Guide to the World’s Leading Banking, Finance and Transactional Lawyers.  Chambers has described Mr. Rosenthal as “a seasoned and experienced lawyer” and notes that clients appreciate his “help in navigating difficult bankruptcy issues,” finding him “efficient, thoughtful and proactive” in his approach.

Mr. Rosenthal is a member of the Bars in New York, Texas and Illinois.

Mr. Rosenthal has been responsible for or active in the representation of the following debtors, either in out-of-court restructurings or Chapter 11 cases:

Mr. Rosenthal has been responsible for the representation of the following acquirors of substantially all of the business and assets of Chapter 11 debtors:

University of Virginia - 1976 Bachelor of Arts