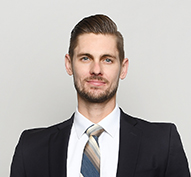 Prior to joining the firm, Mr. Scharn served as a law clerk to The Honorable Janis L. Sammartino in the United States District Court for the Southern District of California and as an associate at Wilson Sonsini Goodrich & Rosati, P.C.