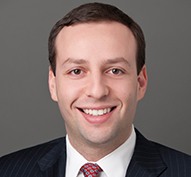 Mr. Seibald has been recognized by The Best Lawyers in America® as “One to Watch” in the area of Litigation – Securities.

Mr. Seibald is admitted to practice law in the State of New York and the United States District Courts for the Southern and Eastern Districts of New York.