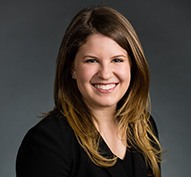 Stephanie Silvano is an associate in the New York office of Gibson, Dunn & Crutcher.  She is a member of the firm’s Litigation Department and Labor & Employment Practice Group.

Ms. Silvano has represented a diverse range of clients in complex matters in state and federal courts in all phases of litigation, as well as before federal and state government agencies.  Ms. Silvano also assists clients in a wide range of employment law matters, including cases involving allegations of discrimination, harassment, retaliation, breach of contract, and wage-and-hour violations.  Ms. Silvano has been a member of numerous trial teams, including the team that obtained a complete dismissal of SEC administrative proceedings against Lynn Tilton and Patriarch Partners, as well as the team that obtained a complete defense verdict for an alternative investment manager in a $250 million negligent misrepresentation lawsuit.

Ms. Silvano maintains an active pro bono practice, including  representing immigration clients in removal proceedings in immigration courts, and has successfully helped applicants obtain legal status in the United States.  Additionally, she advises non-profit organizations on compliance with employment-related laws, as well as the development of personnel policies and procedures, and has conducted internal investigations regarding sensitive employment matters.