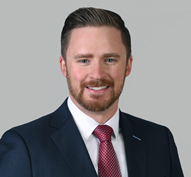 Brandon Stoker is an associate in the Los Angeles office of Gibson, Dunn & Crutcher, where his practice focuses on complex commercial litigation at the trial and appellate levels.  He is a member of the firm’s Antitrust and Competition; Appellate and Constitutional Law; Class Actions; Labor and Employment; and Media, Entertainment, and Technology Practice Groups.  Before joining Gibson Dunn, Mr. Stoker served as a law clerk to the Honorable N. Randy Smith of the United States Court of Appeals for the Ninth Circuit.

Appellate Litigation.  Mr. Stoker represents clients in a wide range of appellate matters, including cases involving class certification, arbitrability, intellectual property, constitutional, contract, employment, and antitrust disputes.  He has briefed dozens of appeals before the Supreme Court of the United States and federal and state appellate courts around the country.  Recent matters include:

Trial Litigation.  In the trial courts, Mr. Stoker has litigated several of the firm’s most high-profile cases.  He specializes in helping clients formulate case strategies; marshal their best arguments and evidence in case-dispositive motion practice, hearings, and trials; and preserve key issues for appeal.  Recent matters include:

Employment Litigation and Counseling.  Mr. Stoker also represents and advises employers in all aspects of labor and employment law, including investigating and prosecuting misappropriation of trade secrets; enforcing and defending non-compete and non-solicitation agreements; and defending discrimination, harassment, and misclassification claims.

In 2018 and 2019, Mr. Stoker was named among the “Southern California Rising Stars” in the Super Lawyers edition of Los Angeles Magazine.  He has written and presented on a variety of subjects, including class actions, arbitration, employment, and constitutional law.  He recently co-authored The Changed Landscape of Businesses’ Right to Enforce Arbitration Agreements:  A Survey of Class Actions Involving Petitions to Compel Arbitration After Concepcion (Bloomberg/BNA Class Action Litigation Report), and contributed to chapters and updates in A Practitioner’s Guide to Class Actions (American Bar Association).

Mr. Stoker serves on the board of directors for the Exceptional Children’s Foundation, a non-profit that provides a full continuum of lifespan services for thousands of children and adults with developmental disabilities and other special needs.  He also maintains an active pro bono practice benefiting military veterans, victims of domestic violence, and unrepresented minors.  In 2018, he successfully presented oral argument to the Ninth Circuit and won reversal of an order dismissing the claims of a pro se civil rights petitioner.