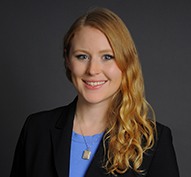 Katherine Warren Martin is an associate in the San Francisco office of Gibson, Dunn & Crutcher. She practices in the firm’s Litigation Department, focusing on high-stakes litigation and investigations, with particular emphasis on antitrust, white collar crime, and class actions.

From 2016-2017, and from 2020-2021, Ms. Martin served as a law clerk to the Honorable William H. Orrick, III, of the Northern District of California. She received her Juris Doctor from the University of Michigan in 2015 where she graduated magna cum laude.  While in law school, she acted as an Executive Editor for the Michigan Law Review and participated in the 2014-2015 Henry M. Campbell Moot Court Competition where she was awarded Best Petitioner’s Brief in the preliminary round.  Ms. Martin earned a B.A. in Economics from the University of California at Los Angeles, in 2011.  Prior to law school, Ms. Martin worked for the U.S. State Department’s Office of Foreign Missions in Los Angeles.

Ms. Martin is currently admitted to practice law in the State of California and the United States District Courts for the Northern and Central Districts of California. She is a member of the Antitrust, UCL and Privacy Section of the California Lawyers Association.