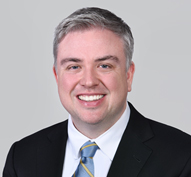 Jeremy Weese is an associate in the Los Angeles office of Gibson, Dunn & Crutcher. He practices in the firm’s Litigation Department and is a member of the Appellate and Constitutional Law and Labor and Employment Practice Groups.

Mr. Weese received his law degree from the University of California, Los Angeles, where he was elected to the Order of the Coif.  While in law school, Mr. Weese served on the UCLA Law Review board as an editor of Dialectic, the law review’s legal podcast.  He was also a writing advisor for first year law students. Additionally, Mr. Weese served as an extern at the U.S. Attorney’s Office for the Central District of California, and an extern for the Los Angeles County District Attorney’s Office. Mr. Weese’s student comment, The (Un)Holy Shield: Rethinking the Ministerial Exception, was published in the UCLA Law Review.

Mr. Weese is admitted to practice law in the State of California and before the United States District Court for the Central District of California.