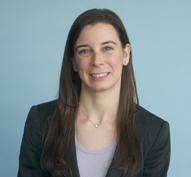 ​Alison L. Wollin is of counsel in the New York office of Gibson, Dunn & Crutcher.

Ms. Wollin’s practice focuses on commercial and business litigation matters in areas such as business torts, breach of contract, real estate, bankruptcy, and intellectual property.  She has had substantial experience litigating a broad range of matters before state and federal courts at both the trial and appellate levels.  Ms. Wollin has also represented clients in connection with investigations conducted by the Department of Justice and the New York Stock Exchange.

Ms. Wollin was part of the trial team that represented Francois Pinault and Artémis, the company he founded, in two federal jury trials against the California Insurance Commissioner arising out of the rehabilitation of Executive Life Insurance Company, which resulted in favorable verdicts.  The Daily Journal recognized the complete defense verdict for Artémis S.A. as one of the “Top Ten Defense Verdicts of 2012.”

University of Pennsylvania - 1998 Bachelor of Arts