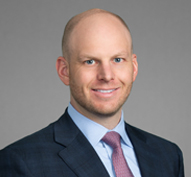 John Adams is a litigation associate in the Dallas office. John has significant experience in all phases of litigation, from pre-suit strategy to trials and appeals. John’s experience spans numerous industries, including oil and gas, real estate, and technology.

Before joining Gibson, Dunn Crutcher, John worked at a Chambers-ranked litigation boutique in Dallas, served as a law clerk for the United States District Court in the Western District of Texas, and worked for the preeminent legal writer, Bryan Garner.