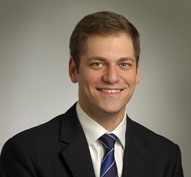 ​Attila Borsos is a partner at Gibson, Dunn & Crutcher, based in the Brussels office. He is a member of the Firm’s Antitrust and Competition, International Trade, Litigation and Government Contracts practice groups and has 15 years of experience advising on antitrust and competition as well as international trade matters.

Mr. Borsos was highlighted as one of the leading competition lawyers of his generation in the 2020 edition of Global Competition Review’s prestigious “40 Under 40”. He is also recognized as a Future Leader in Competition by Who’s Who Legal (from 2017 to date) and is recommended in the Competition section of Legal 500 EMEA 2022 for Belgium.

Mr. Borsos advises on a wide range of antitrust issues, including merger control, vertical arrangements and cartel investigations, both before the European Commission and national competition authorities. He regularly advises international companies on their global merger control strategy and co-ordinates merger control and other regulatory filing approvals in order to get the deal through and meet clients’ strategic objectives. He has particular experience in advising companies in the IT, consumer goods, construction materials and chemical industries.

Mr. Borsos has significant experience in State aid proceedings before the European Commission and subsequent litigation before the European Courts. He has successfully advised investors on the State aid aspects of the privatization a flag carrier airline of one of the EU member states and subsequently represented that airline with State aid complaints regarding Alitalia, Croatian Airlines and Air Serbia. He has particular expertise in the application of the market economy investor principle, rescue and restructuring aid, the rules regarding direct business taxation, the guidelines on regional aid, and the sale of public property.

In the field of international trade, Mr. Borsos represents both complainants and importers in anti-dumping and anti-subsidy proceedings before the European Commission. He regularly advises importers, exporters and downstream users on the implications of trade defence measures, the impact of Brexit on customs tariffs and trade defence instruments, tackling technical barriers to trade in third countries and on the EU sanctions regime.

Mr. Borsos is qualified in Belgium and is also a member of the “EK” list of the Budapest Bar in Hungary. A native Hungarian speaker, he is fluent in English and French and proficient in German.