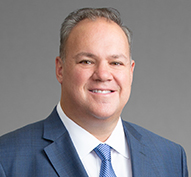 Gregg Costa is a partner in Gibson Dunn’s Houston office and Co-Chair of the firm’s Global Trial Practice Group.  Mr. Costa offers clients a unique perspective as the only former federal trial and appellate judge trying cases and leading investigations.  His broad experience—having handled complex civil and criminal matters, at trial and on appeal, as advocate and judge—allows him to offer invaluable skills and strategic insights.

Before joining Gibson Dunn, Mr. Costa served for more than ten years as a federal trial and appellate judge.  He served on the U.S. Court of Appeals for the Fifth Circuit from 2014 to 2022.  After his nomination by President Obama, the Senate confirmed him by a vote of 97-0.  No federal appellate judge nominated since has received more votes.  Mr. Costa first served as a district judge for the Southern District of Texas from 2012 to 2014.  When appointed to the bench, he was the youngest-sitting federal judge at age 39.  Mr. Costa presided over thirty federal trials in four different venues (he continued handling district court matters while serving on the court of appeals).  He wrote precedential opinions in almost every area of the law, including antitrust, intellectual property, class actions, international arbitration, securities fraud, bankruptcy, conflicts of law, labor and employment, oil and gas, False Claims Act, administrative law, constitutional law, and criminal law.  In press accounts of his tenure, he was described as an “exceptionally gifted jurist” with a “towering intellect” who was “respected by all sides.”  The Federal Judicial Center invited Mr. Costa on multiple occasions to teach new federal district judges.

Before taking the bench, Mr. Costa was an Assistant U.S. Attorney in Houston from 2005 to 2012.  As a prosecutor, he tried more than 15 jury trials, including serving as a lead prosecutor of Allen Stanford, the head of Stanford Financial Group, for orchestrating a multibillion-dollar international fraud scheme.  Mr. Costa is featured in a documentary about the case, The Man Who Bought Cricket.  A Reuters  article about the trial quotes a victim who said that Mr. Costa’s closing argument “brought her to tears.”  For his work on the Stanford case, Mr. Costa received the John Marshall Award for Trial of Litigation and the Assistant Attorney General’s Award for Exceptional Service.  He also prosecuted cases involving kickbacks in the energy industry, public corruption, the Foreign Corrupt Practices Act, securities fraud, internet fraud, and counterfeit technology products.  During his time as a federal prosecutor, Mr. Costa served as the Southern District of Texas’s Deputy International Affairs Coordinator, during which he assisted with investigations in more than a dozen countries.

Mr. Costa is a frequent speaker and author on legal topics, including writing for the ABA’s Litigation Journal  on various trial-related issues.  He also taught Federal Jurisdiction at the University of Houston Law Center, where he was named an Honorary Alumnus.

After college, Mr. Costa taught elementary school for two years in the Mississippi Delta through Teach for America.  He has remained involved in the Delta and in education, launching a nonprofit in Mississippi, serving on the board of the Houston Urban Debate League, and helping teach Government at a Houston‑area charter school.