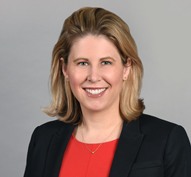 Dana Lynn Craig is Of Counsel in the Los Angeles office of Gibson, Dunn & Crutcher and a member of the firm’s Litigation Department.

Ms. Craig’s practice focuses on leading high-stakes, complex litigation.  She represents clients in both federal and state courts and has extensive experience at all stages of litigation, including trial work, senior case management, motion practice, depositions, witness preparation, and working with experts. Ms. Craig has successfully guided clients through highly consequential massive discovery and is considered an authority in the field. In addition, she has published on subjects ranging from arbitration to environmental topics, including cost recovery and Proposition 65.

Ms. Craig was named to Southern California Rising Stars by Super Lawyers magazine in 2019, 2020, 2021, and 2022. She also serves on the Executive Committee for the Los Angeles County Bar Association Environmental Law Section. Ms. Craig was selected for membership in the Pacific Council on International Policy, which seeks to strengthen West Coast involvement in global affairs. She is also a member of ChIPs, which aims to further the role of women in technology, law and policy. Ms. Craig formerly served on the Young Professionals Board for CollegeSpring and, during part of her tenure, held the leadership positions of Chair and Co-Chair on that Board.

Ms. Craig received her law degree from Stanford Law School in 2007, where she was Co-Managing Editor of the Stanford Law & Policy Review and graduated with Pro Bono Distinction. She earned her B.A. from Stanford University in 2004, graduating Phi Beta Kappa with University Distinction and received Interdisciplinary Honors in International Security Studies. During her undergraduate career, Ms. Craig was The Greg Peterson Fellow and recipient of the Donald B. Marron Prize for the Most Original Historical Analysis Paper from the Center for the Study of the Presidency Fellows Program. She also interned in the offices of two U.S. Senators.

Prior to joining the firm, Ms. Craig clerked for the Honorable Barry G. Silverman of the United States Court of Appeals for the Ninth Circuit.

Client Alert - April 18, 2017 | 2016 Year-End Transnational Litigation Update
Article - August 8, 2016 | The Broken Science Behind Proposition 65
Article - June 30, 2016 | Judge Calls on Congress to Fix CERCLA
Client Alert - July 15, 2015 | 2015 Mid-Year E-Discovery Update
Article - February 20, 2015 | Enforcing Arbitration Awards in California
Client Alert - June 8, 2012 | Role Of Contracts, Ownership In AISLIC Trial And Beyond
Top
This website uses cookies to provide analytics on user traffic. By continuing to browse our website, you consent to our use of cookies as set forth in our Cookie Policy. However you may visit Cookie Settings to customize your consent.
Cookie SettingsACCEPT
Privacy & Cookies Policy