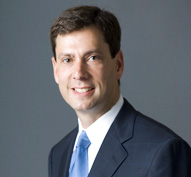 Mr. Fuchs has a special expertise in representing corporations and individuals in white collar criminal, SEC and other regulatory enforcement matters, including cases involving allegations of securities fraud, environmental violations, public corruption, antitrust violations, economic espionage and government contracting fraud. Mr. Fuchs has also conducted sensitive internal investigations, been retained by companies that have been victimized by fraud, and developed compliance programs, including compliance with the Foreign Corrupt Practices Act.

Prior to joining the firm in 2007, Mr. Fuchs was an Assistant U.S. Attorney for the Central District of California for seven years, and served as Deputy Chief of the Major Frauds Section. During his tenure with the U.S. Attorney’s Office, Mr. Fuchs represented the government in nine jury trials, briefed and argued cases before the Ninth Circuit, and handled multiple investigations involving complex white collar crime, including securities, accounting, bankruptcy, tax and money laundering and investor frauds.

While working for the U.S. Attorney’s Office, Mr. Fuchs handled the high-profile prosecution of 11 former Homestore.com executives in connection with a revenue inflation scheme, which culminated in a nearly three-month jury trial. The investigation was used as a model to formulate DOJ policy relating to the prosecution of corporate fraud and corporations. Other representative matters included the prosecution of eight members of a telemarketing boiler-room operation for defrauding investors out of several million dollars and prosecution of numerous individuals for fraud and other crimes.   For his work with the government, Mr. Fuchs received many awards and commendations from state and federal agencies, including the FBI, IRS, INS, and Postal Inspection Service.

Mr. Fuchs is a member of the California Bar, a board member of the Federal Bar Association, active in the American Bar Association, and has repeatedly been named a Southern California Super Lawyer in the fields of white collar criminal prosecution and criminal defense. Most recently, he was selected by his peers as Lawyer of the Year in the 2022 edition of The Best Lawyers in America® in the area of Regulatory Enforcement.  He has also been recognized in the areas of Criminal Defense: White Collar Law, Commercial Litigation, Regulatory Enforcement Litigation, and Securities Litigation.