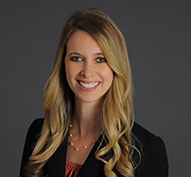 Cassandra Gaedt-Sheckter is a senior associate in the Palo Alto office of Gibson, Dunn & Crutcher.  She practices in the firm’s Litigation Department, with a focus on data privacy and cybersecurity counseling, patent litigation, and trade secret disputes.

Ms. Gaedt-Sheckter has represented leading technology companies in federal and state courts throughout the country, on a variety of technologies, including relating to medical devices, pharmaceuticals, mobile gaming, telecommunications, enterprise software, and consumer electronics.  She has significant experience in all aspects and phases of litigation, including bench and jury trials, Markman and Daubert hearings, technology and damages expert discovery, and fact discovery.  She also has substantial experience counseling clients in multiple industries on privacy issues, including relating to regulatory compliance (including federal, state, and international), privacy training, privacy and security incident response plans, crisis management during investigations of suspected and actual data breaches, and product development.  Ms. Gaedt-Sheckter is also licensed to practice before the U.S. Patent and Trademark Office as a patent attorney, and is a Certified Information Privacy Professional (CIPP/US).

Ms. Gaedt-Sheckter is a member of the State Bar of California.