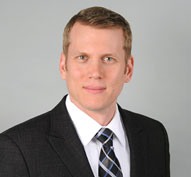 Jared S. Greenberg is an associate in the Denver office of Gibson, Dunn & Crutcher.  His practice focuses on commercial litigation, white collar defense, investigations, and aerospace and related technologies.   Mr. Greenberg was recognized on the 2021 national list for “Best Lawyers: Ones to Watch”.  Mr. Greenberg also received the 2017 Attorney of the Year award from the Public Law Center for his involvement in a successful federal jury trial.

Mr. Greenberg co-founded the firm’s Aerospace and Related Technologies Group.  He focuses on the developing law of unmanned aircraft systems and has been recognized on the global list of Who’s Who Legal: Transport 2021 Unmanned Aircraft Systems. He has authored multiple publications on drone law, has been quoted by the media, and has been a presenter and panelist at several commercial drone conferences.  Mr. Greenberg holds a remote pilot certificate and private pilot certificate.

Mr. Greenberg has a strong pro bono practice and is committed to community involvement.  He secured restraining orders on behalf of victims of domestic violence, and helped an individual obtain a half-million-dollar jury verdict for First and Eighth Amendment violations.  He also co-founded a nonprofit organization to combat human trafficking, which helped hundreds of trafficking survivors and raised over $10 million.  He has been featured on the Tyra Banks Show, Marie Claire magazine, and other notable publications for his pro bono activities.

Mr. Greenberg earned his law degree from Stanford Law, where he was named a Pro Bono Distinction Graduate.  He was elected as a Student Law Association representative, served at the Stanford Community Law Clinic, received a Stanford Law fellowship, and received the Giles Rich Award from the Federal Circuit Bar Association.

Prior to law school, Mr. Greenberg was an officer in the U.S. Air Force and a management consultant.

Mr. Greenberg currently lives in Monument, Colorado with his wife and two young children.  During his free time, he can be found at the Colorado Springs Zoo, feeding giraffes, with his family.