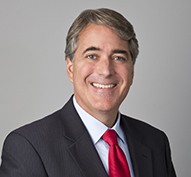 Scott D. Hammond is a partner in the Washington, D.C. office of Gibson, Dunn & Crutcher and co-chair of the firm’s Antitrust and Competition Practice Group.

Mr. Hammond brings exceptional experience to companies and executives subject to investigations by the U.S. Department of Justice’s Antitrust Division and the world’s other major competition enforcement authorities.  Mr. Hammond is internationally recognized by senior competition officials and private practitioners as one of the leading figures behind the globalization of cartel enforcement.  His knowledge of and experience with the policies, practices and strategies of U.S. and foreign competition authorities positions him to represent companies and their executives in the potentially high-stakes arena of international cartel investigations and litigation.

Before joining Gibson Dunn, Mr. Hammond served as a U.S. Department of Justice prosecutor for 25 years.  Most recently, he served for eight years as the Antitrust Division’s Deputy Assistant Attorney General for Criminal Enforcement – the highest ranking career lawyer in the Antitrust Division.  In that capacity, he was responsible for supervising all of the Department of Justice’s domestic and international criminal antitrust investigations as well as overseeing all of the criminal antitrust litigation nationwide.  Mr. Hammond oversaw the work of more than 100 federal prosecutors and led criminal prosecutions in a wide range of industries, including auto parts, LIBOR, municipal bonds, LCD panels, air transportation, real estate foreclosure auctions, construction, chemicals and coastal freight.  He personally tried criminal antitrust cases and has directed the litigation of dozens of jury trials.  In addition, he assisted in overseeing all of the Antitrust Division’s criminal appellate work between 2005 and 2013.  More than 20 of his policy papers covering all aspects of antitrust investigations and prosecutions are currently listed on the Department of Justice’s website.

Mr. Hammond assists clients in antitrust and white-collar crime compliance, crisis management and government investigations across all industry sectors.  Mr. Hammond provides clients with know-how on the Department of Justice’s latest strategies for monitoring and uncovering antitrust and related federal violations which can also be employed by companies to design effective compliance programs as well as to ensure early detection of violations.  Timely detection can result in a complete pass from prosecution for companies and their executives under the Antitrust Division’s Corporate Leniency Program that Mr. Hammond helped implement and that he oversaw while at the Division.  In addition, Mr. Hammond was instrumental in the design and implementation of similar leniency programs in dozens of jurisdictions around the world.

Mr. Hammond’s practice focuses on the representation of clients in cross border investigations running in parallel with U.S. Department of Justice investigations. During his tenure at the Antitrust Division, he was the principal point of contact for cartel matters with senior competition officials abroad and oversaw the Department’s coordination of joint investigations with numerous jurisdictions, including the European Union, Australia, Brazil, Canada, Chile, Germany, Japan, Korea, Mexico, The Netherlands, New Zealand, Singapore, South Africa, Switzerland, and the United Kingdom.  As a result, Mr. Hammond is well versed in the anti-cartel enforcement investigative powers as well as the policies and practices of every major competition enforcement authority.  His experience allows clients to create a comprehensive and integrated global strategy to assess and mitigate their potential exposure to criminal, civil and administrative sanctions by enforcement agencies working in tandem across the globe.

Companies and high-level executives that are subject to U.S. Department of Justice criminal antitrust investigations will routinely face private damage lawsuits in the United States and, with growing frequency, elsewhere.  Mr. Hammond assists clients in navigating the intersection of government and private damage proceedings and litigation. In addition, the U.S. Department of Justice often brings criminal antitrust charges in combination with other federal crimes.  While with the Department, Mr. Hammond supervised more than a hundred prosecutions involving wire fraud, mail fraud, FCPA, money laundering, commercial bribery, obstruction of justice and other federal crimes.

Mr. Hammond has been nationally recognized by Chambers USA as a leading attorney in the areas of Antitrust: Litigation, and Antitrust: Cartel from 2015 – 2022, where clients note that “[h]e should be your first call if you have any antitrust issue, especially cartel or price fixing-related,” and that he “has great contacts given his former DOJ antitrust role and he’s not scared to think outside the box.”  He has also been ranked by Chambers Global as a leading attorney in the area of Antitrust: Cartel from 2017 – 2021.  In addition, Mr. Hammond has been named a District of Columbia “Litigation Star” by Benchmark Litigation every year since 2016 and is listed as a 2023 “Litigation Star” for Competition/Antitrust.  He has also been selected by his peers for inclusion in The Best Lawyers in America© in the field of Antitrust Law every year since 2015.  Most recently, Mr. Hammond was featured as one of Lawdragon’s “500 Leading Litigators in America” for 2022.  In 2021, Who’s Who Legal named Mr. Hammond to their “Thought Leaders: Global Elite” list for Competition for the third consecutive year.  He has also been featured in Global Competition Review‘s International Who’s Who: Competition Lawyers.  In 2015, The National Law Journal named Mr. Hammond to its Regulatory & Compliance Trailblazers list for his role in developing and implementing the DOJ’s Corporate Leniency Program during his time as the Deputy Assistant Attorney General for Criminal Enforcement. While with the Department of Justice, Mr. Hammond received the Presidential Rank Award (the highest honor conferred on federal government executives), the Attorney General’s Distinguished Service Award, the Antitrust Division’s Award of Distinction (twice) as well as numerous other citations.

Mr. Hammond and his wife Anne, have three sons, Niklas, Lukas and Jakob.