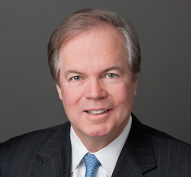 Mr. Hanlon is regularly recognized as one of the leading Energy transaction lawyers in the U.S.  His recent rankings include the following:

Chambers notes Mr. Hanlon is “a very experienced and talented attorney who clients hold in great confidence” who “provides exceptional value,” and is “an expert in his field, incredibly responsive and a good communicator.”

*Representations occurred prior to attorney’s affiliation with Gibson Dunn.