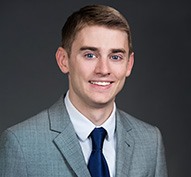 Kory Hines is a litigation associate in the New York office of Gibson, Dunn & Crutcher LLP.

Mr. Hines’s practice is focused on internal investigations, labor and employment law, and complex commercial litigation.  He also maintains an active pro bono practice of seeking asylum in the United States for refugees fleeing persecution in their home countries.  Mr. Hines also recently argued a pro bono appeal before the Supreme Court of the State of New York, Appellate Division, First Judicial Department, and obtained a reversal of an indigent defendant’s criminal conviction.

Mr. Hines received his J.D. from Columbia Law School in 2017, where he was a Managing Editor of the Columbia Journal of Law and Social Problems.  As a law student, Mr. Hines served as an extern for three federal judges: Hon. Gerard Lynch of the U.S. Court of Appeals for the Second Circuit, Hon. Esther Salas of the District of New Jersey, and Hon. Vera Scanlon of the Eastern District of New York.

Prior to law school, Mr. Hines worked as a legislative aide in the Wisconsin State Senate.  He earned his B.A. with distinction from the University of Wisconsin – Madison in 2013.

Mr. Hines is admitted to practice in the State of New York.

University of Wisconsin - 2013 Bachelor of Arts